How to Choose the Best Uninterruptible Power Supply for Your Needs 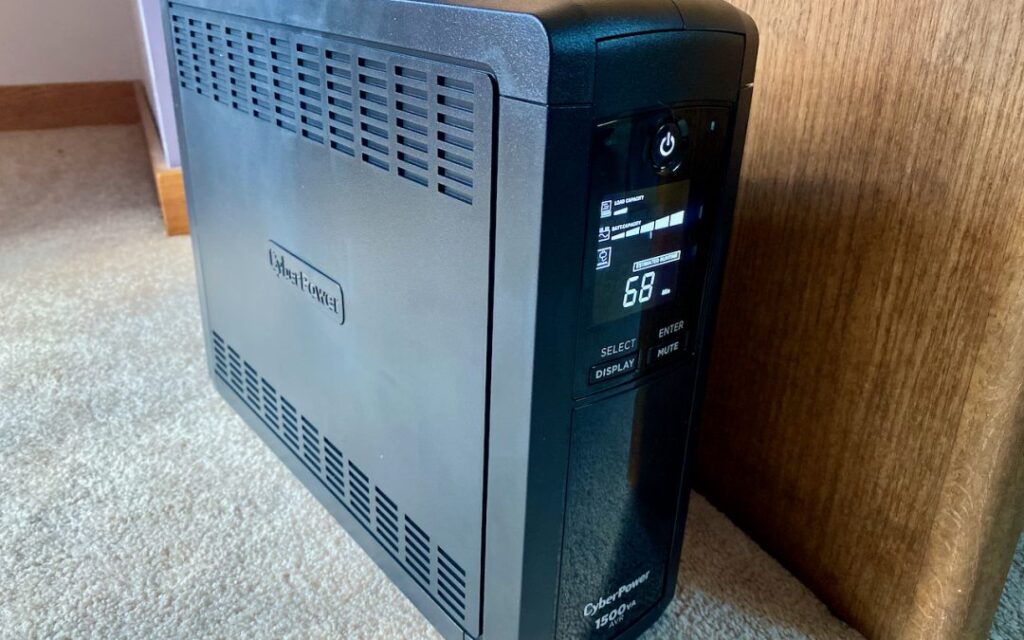 With so many people working from home, lots of attention has been dedicated to making sure everyone has a functional computer, a reasonably ergonomic workspace, and a decent videoconferencing setup. One thing that many have overlooked, however, is the need for a reliable uninterruptible power supply (UPS). Particularly for those using desktop Macs or external hard drives, a UPS is essential because it protects your work—and your devices—against surges, brownouts, and outright power failures. That’s especially helpful as we head into the summer thunderstorm and fall hurricane season.

What is a UPS?

Put simply, a UPS is a big battery into which you plug your Mac and other peripherals. It then plugs into a wall outlet and monitors the incoming power. If the normal power fails, or surges or falls below a certain threshold, the UPS notices and switches the power source to its internal battery. This happens so quickly that your Mac never even notices.

How does a UPS help?

For desktop Macs, a power failure means an immediate and ungraceful shutdown. You’ll lose all unsaved work and, depending on what was happening when the power went out, your drive might be corrupted. Smaller power surges and brownouts may not cause the Mac to shut down, but they put stress on electronic components that can cause a shorter overall lifespan.

When your gear is plugged into a UPS, you get some time to save your work and shut down gracefully, ensuring that you don’t lose data or flirt with drive corruption. And by having the UPS filter out power spikes and drops, your Mac and peripherals will last longer.

What sort of UPS should I look for?

There are three types of UPS: standby, line interactive, and double conversion. The names that different manufacturers use vary slightly, but here are the differences:

How big of a UPS do I need?

You’ll need to do some research and math to determine the capacity of your ideal UPS. The first step is to find the size of the load you’re going to connect to it. To do that, look on the back of devices or in their technical specs for a rating in watts (W) or volt-amps (VA). Theoretically, the two are equivalent—watts equals volts multiplied by amps. In reality, you also have to take into account something called power factor along with runtime—how long you want the UPS to power your system before its battery dies.

Apple publishes power consumption numbers for most recent models of the Mac mini, iMac, iMac Pro, and Mac Pro. For the MacBook, MacBook Air, and MacBook Pro, look at tech specs to find the wattage rating of the charger, which will be between 30W and 96W. Then add in any peripherals you’re planning to plug into the UPS, such as an external hard drive, Wi-Fi router, and the like. You may need to read the tiny print on power adapters and multiply volts by amps to get the wattage rating.

For instance, for a system comprising a 27-inch iMac from 2019, a 27-inch Thunderbolt Display, and an external hard drive, you’d add up the following numbers:

That gives you a total of 402W maximum, although it’s likely to be lower in normal usage. Nonetheless, to convert watts to volt-amps and account for the power factor, we divide the maximum wattage rating by power factor—a safe power factor is 0.8. So 402W / 0.8 = 503VA. So at a bare minimum, you’d want a UPS rated for 500VA. For some wiggle room on adding devices, it’s worth increasing the capacity by 50–100%, bringing us up to 750VA to 1000VA.

Here’s where things get fuzzy. The next step is to take that number and plug it into a UPS selector. Major manufacturers like APC (shown below), CyberPower, and Tripp Lite provide tools along these lines. 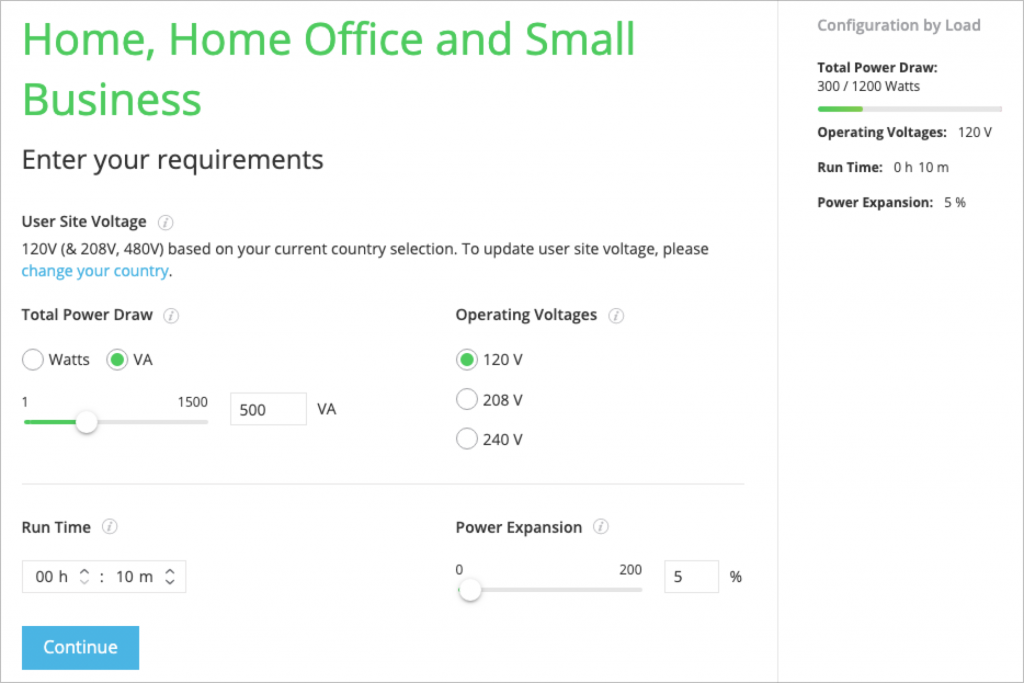 They’ll probably recommend a UPS with a higher capacity than is necessary—they are trying to upsell you, and the calculations will be based on the maximum loads you entered. If your Mac is running flat out, you’re likely sitting there and can shut it down quickly, so a long runtime isn’t necessary. If you’re not at the Mac, it should be sleeping, leading to a much longer runtime. CyberPower provides a nice runtime calculator that lets you see how long different models will last based on the actual load.

Are there other UPS features to look for?

Although many UPS features are fairly standard, it’s worth making sure you’re getting the ones you want. They include:

Phew! There’s a lot to consider when purchasing a UPS, but feel free to ask us for help or our current manufacturer recommendations.