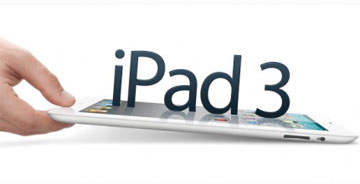 Apple iPad is the definition of awesomeness, right?

And even more awesome is that we are right on the cusp of the release of the latest incarnation of this amazing tablet, iPad3, which analysts predict will happen in March, or April at the latest.

Rumors are swirling as to what this highly anticipated release will feature, and while no one (outside of Cupertino) knows for sure, we’re offering our best guess as to what iPad 3 will offer.