Details on the New Apple iPhone 6 and iPhone 6 Plus 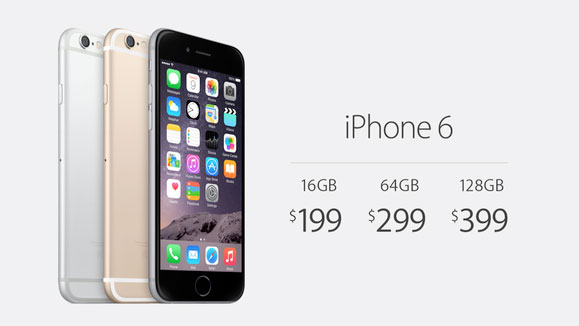 As you undoubtedly know, Apple made a couple of announcements yesterday.

The company unveiled two new iPhone models, the 6 and the 6 Plus. Both offer bigger screens than the last generation iPhone 5s: 4.7 inches and 5.5 inches respectively (compared with the 5s’s 4-inch display).

Inside, both phones have a new generation 64-bit Apple A8 chip and an M8 coprocessor. Apple says the A8 is 25 percent faster than its predecessor, the A7, and graphics processing should be even better than that.  Apple says iPhone 6 will get the same battery life as the 5s, while the iPhone 6 Plus (thanks to a bigger battery) should be better.

The camera has been improved on both models (without getting more megapixels), and they both get more advanced wireless capabilities (including 150 Mbps LTE and 802.11ac Wi-Fi)

Both models will be available on September 19.