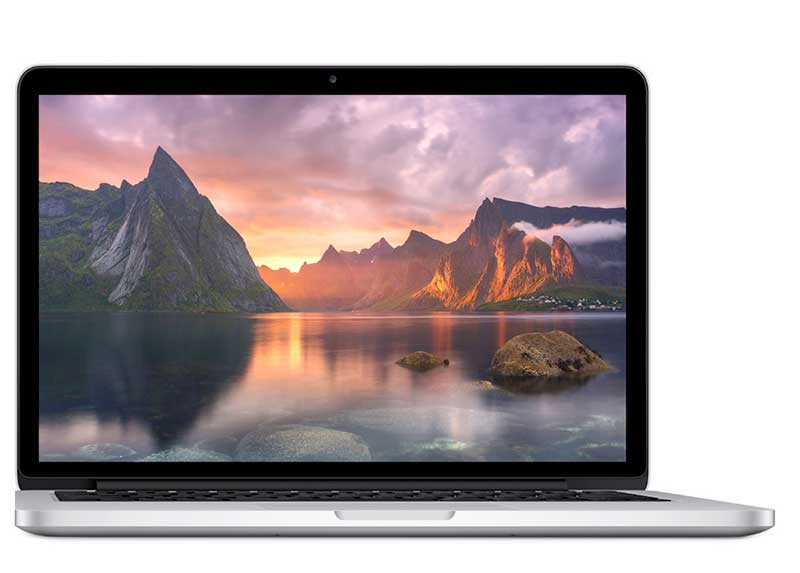 The new MacBook Pro has the same design as previous-generation versions, with a 2560 x 1600, 227 pixels-per-inch retina display. It weighs 3.48 pounds and is .71 inches thick. It’s available in three base configurations priced at $1,299, $1,499, and $1,799 depending on processor and storage space.With the new  processor, the new 13-inch MacBook Pro offers a battery life of up to 10 hours of wireless web browsing or 12 hours of iTunes movie playback.

According to Apple, the new 13-inch Retina MacBook Pro features upgraded flash storage that is two times faster than the flash storage in the previous-generation machine.

A major new feature in the new Retina MacBook Pro is the”Force Touch” trackpad, which is able to distinguish between a hard press and a soft press, enabling new gestures.

For example, while a light press is a regular click, a deeper press on a highlighted word while browsing Safari might bring up a Wikipedia entry, much as a control + click does now. There are a number of new built-in gestures, and Apple’s also allowing developers to access Force Touch APIs to build pressure sensitivity into Mac apps.

The trackpad works using four Force Sensors, which allow users to click anywhere on the trackpad. This is an improvement over previous-generation trackpads that were difficult to click near the top portion adjacent to the keyboard.

The Force Sensors that detect presses work in conjunction with a magnet-powered Taptic Engine, giving users tactile feedback on the actions they make. This combination of Force Touch and haptic feedback means the actual trackpad no longer moves — there is no actual physical clicking — but it continues to feel largely the same as the previous trackpad.